When Using the Hyatt Credit Card at a Hyatt is Suspicious

This would make sense if you were purchasing different levels of an airline lounge membership.  Or if the purpose of the card was primarily lounge access (a la the American Airlines Admiral’s Club Card — the Citi Executive).

But the primary purpose of the American Express premium cards is status.

I remember my first experience with the American Express Platinum Card.  I was in my final year of law school (cough cough) years ago and my friend, a year above me, got his first job.

We met up for drinks so we could catch up.  I asked him how his job was going and, after telling me some benign things about the workplace, he said, “and, they gave me this!”

His eyes lit up as he slid an AmEx Platinum Business Card across the table.  I didn’t really know what a Platinum Card offered, but I did know that it was really cool to be given one at your first job out of law school.

I don’t remember if he paid for the drinks, but I’d like to think he did so with the Platinum Card.  Just to be cool.

When you look at the benefits of the American Express Platinum Card, the Centurion Lounge isn’t first. (Click to expand). There are a whole bunch of ways you can boost your status with the American Express. The Centurion Lounge is just another perk within their Lounge Collection.  If they switched over to lounge passes, they would turn this status into a transaction.  Access becomes merely something someone paid for rather than an elite status you “earned” through the card.  And the card loses its luster.

The Centurion Lounge access is also marketing for the American Express Platinum/Centurion cards.  Users can bring two people in–perfect for introducing two colleagues to the card.  The cardholder has access to this elite area for “free” that no one without the card can get into.

(See the episode of Modern Family where Jay is really excited to have Excelsior floor access until he realizes there is an Excelsior Plus). 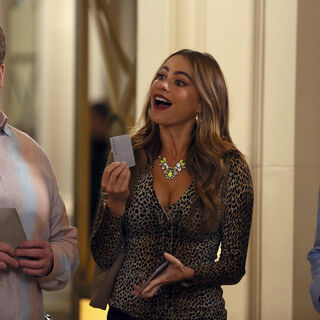 You may argue that with some of the recent changes, the card has lost its luster.  It may have within the miles and points community, but I would argue that all of its changes have been done in ways to reduce the overall impact on the status aspect.

For example, people entering the lounge via the Platinum Card are limited to two guests.  American Express used to allow entire families in, as long as they were related.  Now, the two guest rule applies to the family as well.

This forced families to pay for their addition children over the age of two, or–more likely, forgo the lounge that trip.

At the time, I wondered why they didn’t reduce the guest policy to one person and allow whole families in.  After all, when I’m traveling, do I really need to take two of my colleagues in with me?  I could leave them to suffer in the gate area.

Then it occurred to me that they may want me taking my two colleagues in–to create an experience like when my friend excitedly slid his new American Express Platinum Card across the table to me at the bar.

They want them to be taken by the status of entering this exclusive lounge.  Getting “free” cocktails off a list created by the famous Jim Meehan of the Pegu Club.  And having something you can’t have unless you have this card.

Switching the card over to “lounge passes” just turns the access into something else I’ve bought.

Disclaimer: I link to some cards here but do not earn any affiliate credit.  I may have affiliate links but I’m too lazy to look.

The Hyatt Credit Card Covers Damage to Your Purchases

I’ve been using my Hyatt Card a lot lately and I completely missed this benefit. …